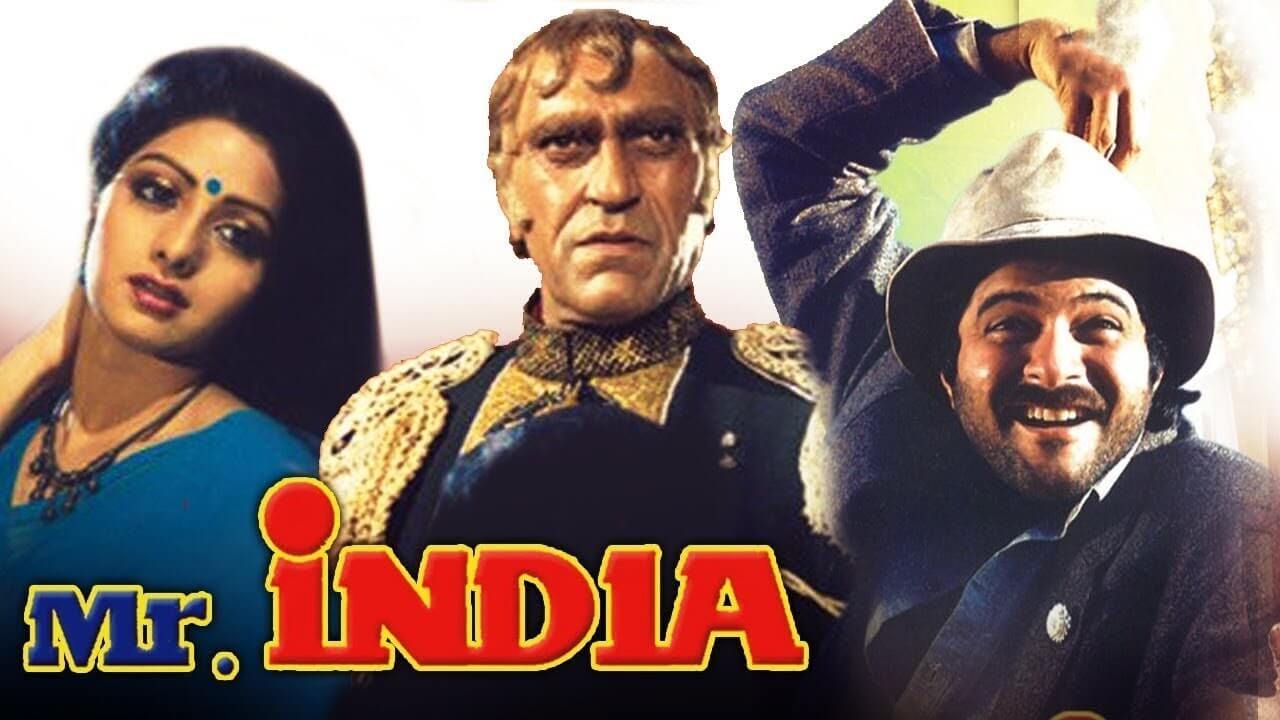 Here are some absolutely random facts and trivia based on the film Mr India. Some of these nuggets of information were part of my Facebook Live Quiz show – “The Almost Impossible Bollywood Quiz with Rohit Jayakaran.” Enjoy this dose of randomness and be sure to join me on the next episode of the quiz show.

1. People in Mogambo’s criminal organization greet each other by saying “Hail Mogambo!”

2. Arun Verma is a street violinist.

3. Dr Jagdish Verma is the scientist who makes the device that makes its user invisible.

4. Calendar’s parents give him the name because they wanted an English name for their son.

5. Calendar had not received a salary from Arun for five years.

7. Seema Soni works for a newspaper called Crimes of India.

8. Seema thinks Arun is a 25-year-old who has been to jail 50 times when she meets him for the first time.

9. Arun is afraid of Cockroaches.

10. Arun finds the device that can make a person invisible at the back of a photo frame.

11. The words – ‘King Kong, Ping Pong and Lassi Pissi’ are part of the song Hawa Hawaii.

13. Seema is a crime reporter.

14. The film Mad Max 2 is playing in one of the cinema halls that was attacked by Mogambo.

16. Seema disguises herself as Charlie Chaplin when she goes to the Karga Social Club to gamble to earn money to give Baburam.

18. Arun, Calendar, Seema and the kids use a magnet found around Ronnie’s neck to get out of the prison cell Mogambo has locked them in.

19. When Arun, Calendar, Seema and the kids escape from the cell and are spotted by two scientists and two guards they say – “Hail Mogambo” to escape.

22. During the climax of the film, Calendar wears the Robot suit and fights the bad guys along with the kids.

23. Roopchand is the owner of the grocery store where Arun buys his provisions.

24. Mogambo’s hideout it on an island.

Mr India is a 1987 Indian Hindi-language superhero film directed by Shekhar Kapur, based on a screenplay written by Salim-Javed. It stars Sridevi and Anil Kapoor in the lead roles. Amrish Puri, Ashok Kumar, Satish Kaushik, Ajit Vachani and Sharat Saxena are featured in supporting roles.