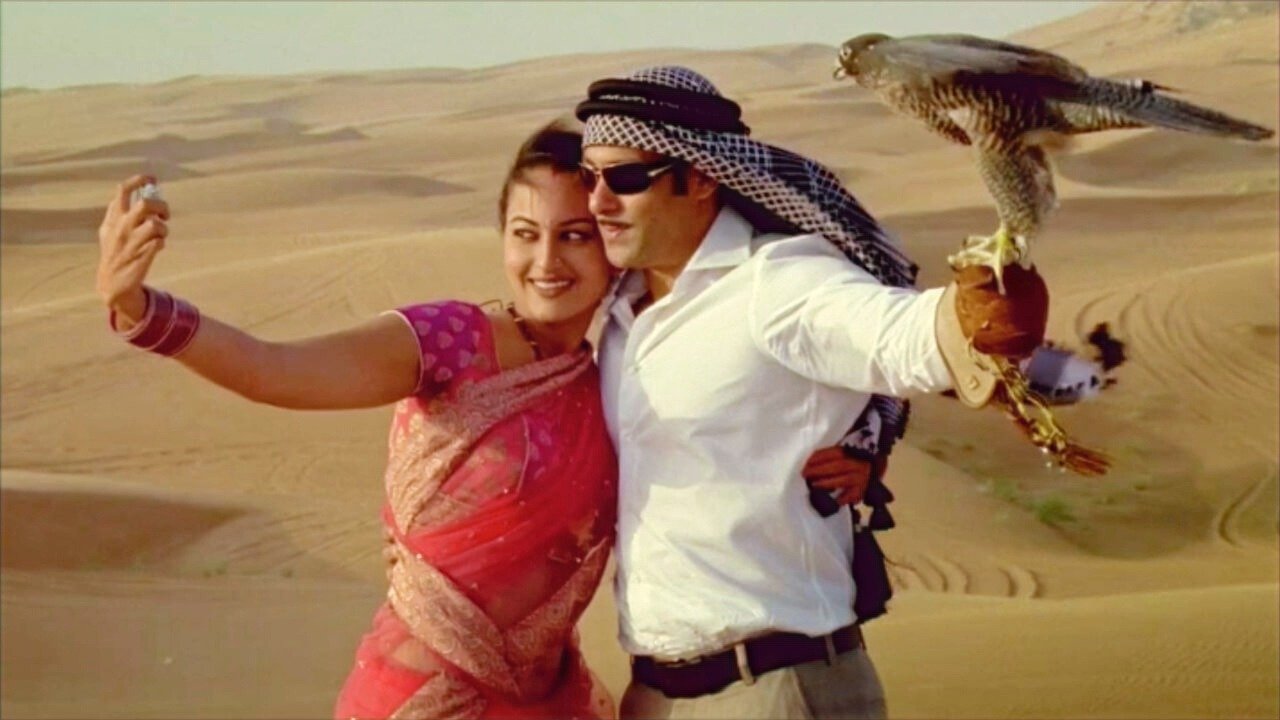 Here are some absolutely random facts and trivia based on the film Dabangg. Some of these nuggets of information were part of my Facebook Live Quiz show – “The Almost Impossible Bollywood Quiz with Rohit Jayakaran.” Enjoy this dose of randomness and be sure to join me on the next episode of the quiz show.

1. Chulbul Pandey grows up in a town called Lalgunj in Uttar Pradesh.

2. Chulbul was 2 years old when his mother married Prajapati Pandeyji.

4. Chulbul shoots Chaubeji to ensure he gets a promotion.

5. Constable Chaube has a problem going to the bathroom because he was shot and his left hand does not work too well. To help with this challenge, Chulbul requests the Government to provide him with a pichkari (Bidet Shower).

6. In the song – ‘Tere Mast Mast Do Nain’ there is a movie poster of the Rishi Kapoor and Vinod Khanna film – Chandini.

9. Chulbul Pandey pays Rs. 500 to speak to Rajjo for one minute. In exchange he receives merchandise that he does not need. 10. The first thing Rajjo enquires of Chulbul after they are married is his name. The question she asks is, “Aapka naam kya hai?”

11. Chulbul was the first person to receive a thappad in the Dabangg series.

12. Chulbul wears his glasses at the back so that he can see in the front and back.

13. According to the song, “Munni badnaam hui,” Munni have an attitude like Kareena Kapoor (Bebo si adaa).

14. Chulbul Pandey states that he will apply Zandu Balm on Chedi Singh.

16. Prajapati Pandeyji is admitted to the ICU because a gang burnt down his factory.

17. Chulbul increases the lifespan of Pandeyji by slapping the doctor who as a result reappraises his life expectancy.

18. Chulbul and Rajjo take a selfie with a falcon during their honeymoon in the United Arab Emirates.

19. The ringtone that plays when the gangster’s mother calls is the song Jalwa from the 2009 Prabhu Deva film Wanted.

20. Rajjo’s father’s name in the film Dabangg is Haria.

21. Rajjo uses an escalator for the first time in Dubai.

22. The local political leader’s name is Dayal Sahu. His constituents in Dabangg call him Dayal Babu.

23. The 15 victims of the illicit alcohol were treated at Lalgunj Municipal Hospital which was established in 1958.

26. Chulbul believes that he is the Robin Hood of Laalgunj.

Why do we eat Indian Chinese food with a fork and spoon?