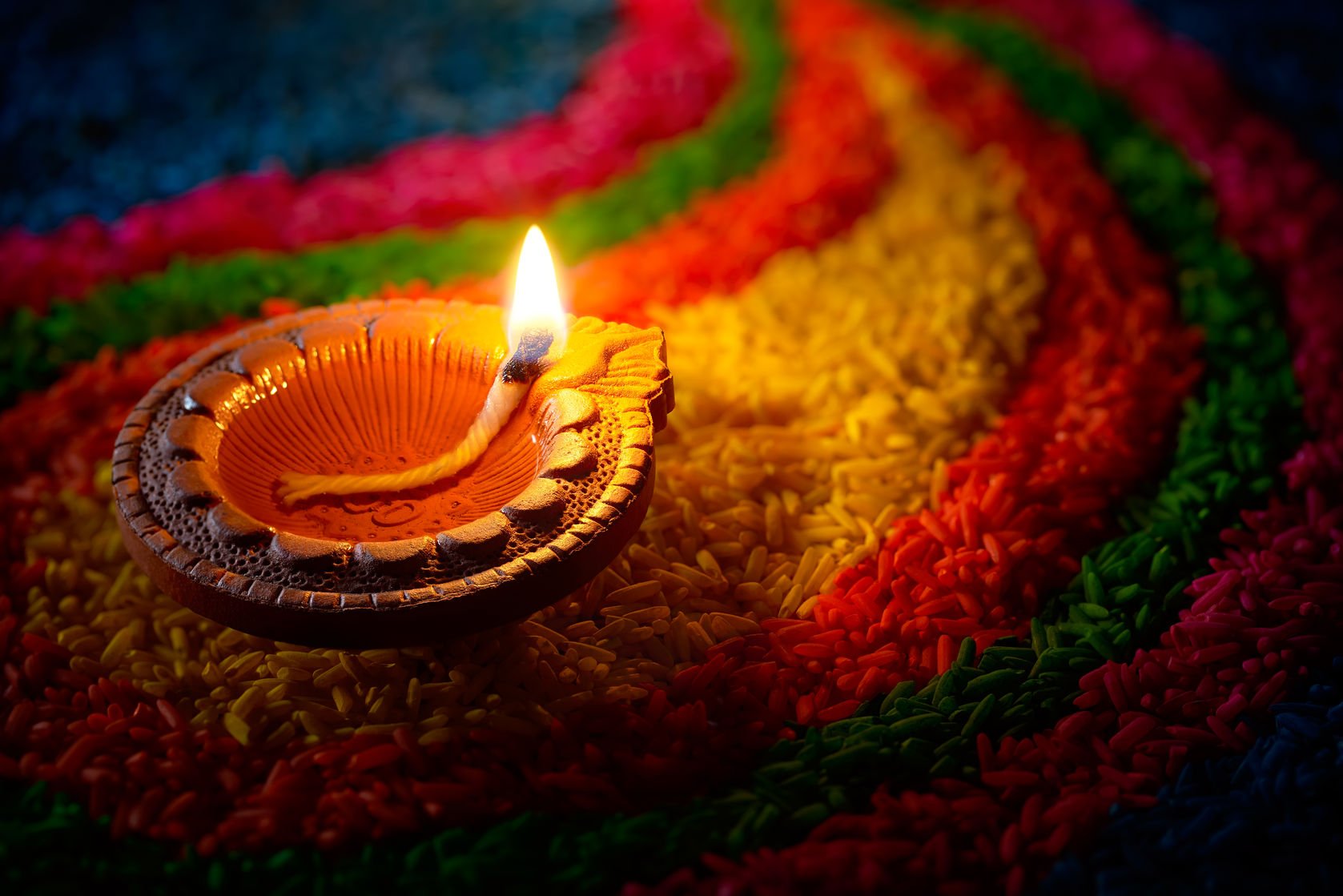 I remember growing up in Ranchi in Bihar, we would all wait for the pooja to get done at our neighbor’s place and then we would all run over to burst crackers together. It was always a super awesome time. As you were running across the road to the Verma’s residence there were people who were bursting 1000 walas and 10000 walas on the street corner. You ran like the wind so that you would not get caught in the middle of one of those. Traffic was stopped, folks were on the streets and you had a plan…the plan was to tie 5 atom bombs together and burn the wick. Oh the planning, the scheming, the fun, the masti and of course the sweets.

It’s Diwali…thought I should wish all of you a very HAPPY DIWALI!!! This is such a fun time of the year…ever week we have another festival. The great food and sweets flow like a river in flood. Today I was quite excited to get to work because we had a Diwali Lunch organized for us in the office canteen. Nothing big…just a Diwali treat organized by all the line managers. This morning, I woke up and while I was ironing my kurta I starting reminiscing about the fun times we used to have during Diwali as kids.

I think growing up in India I have learnt that you can never say no to sweets. When you go to someone’s house during festivals, they will offer you something or the other. Today walking around the office, giving colleagues sweets I realized that I have become just like one of the neighborhood aunties who never let you say no or let you leave without eating. My lines today included, “No, no, you have to have one…arre its Diwali…take the full sweet…no no no…just today you can forget your diet…(plich) take one no…” Yup..I am now THAT AUNTY!!!

Going back to the firecrackers…do you remember doing that…putting 5 atom bombs together…and then lighting them…except that you would only hear one go off. This was a scary though, because you never knew if they other 4 would go off any moment…but they never ever did. You were in fact lucky if you could find the atom bombs that did not burst. I still remember thinking that my friends were daredevils just because they would go into the debris to investigate ‘The Mystery of the Bombs that did not Burst.’

When I was a kid, there were crackers that we considered, ‘Boy Crackers’ and those we considered, ‘Girl Crackers’. Easy to figure out actually…boy’s stuff made noise…lots of noise. I think way back then, you could tell me what cracker you preferred and I could tell you what sort of person you were.

The amazing thing about Diwali was that somehow most parents convinced their kids that they could not burst crackers before the day of diwali. However we would always manage to sneak one or two bits out to have an early start to the celebrations.

One of the other awesome things about Diwali was helping the neighbors put up diyas all over the house. This used to be so much fun. Back in the 1980’s you needed to pretty much make everything on your own. The wick for the Diya was not something you could get off a shelf. The cutting and dipping and then placing of diyas would really bring communities together. Don’t get me wrong, I love the electric lights…but diyas just have a beauty of their own. Coming to think of it, I don’t think I saw electric lights till our family moved to Chennai. This could have been perhaps because Ranchi had one of the worst electricity supplies in the country at that time.

Today I think diwali is a very different festival from when I was growing up. Electric lights are easy to put up, diyas are not used as extensively and neighbors are not as friendly and welcoming as they used to be. To add to this, today if you burst a cracker, people are more likely to look at you as an uncivilized bruit. But you know what…even though Diwali is not really my festival, today just being surrounded by a whole bunch of Indian’s dressed in kurtas, smiling and sharing a meal together made me once again feel that I was living on Morabadi Road in Ranchi.

Thanks guys. Wishing all of you a very Happy Diwali.