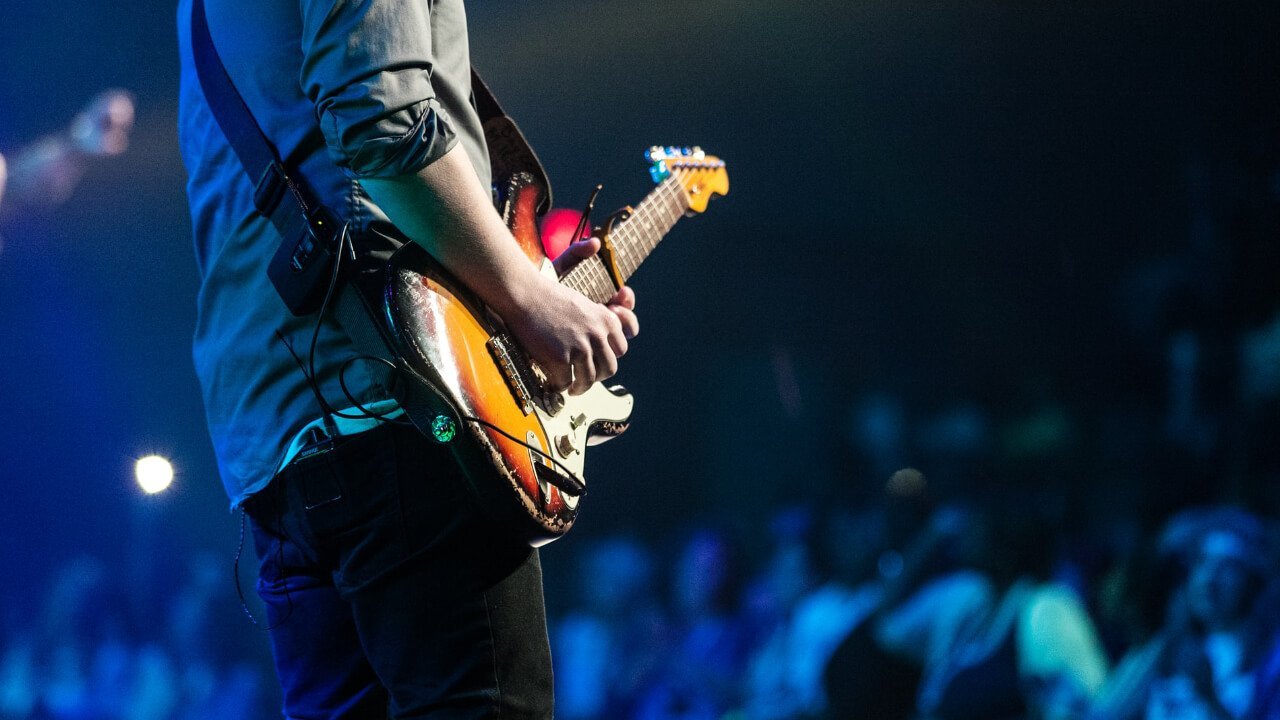 These days when you scroll through your feed on social media, you cannot help but notice the number of musicians and DJ’s who are Live Streaming mini-concerts. Over the Easter weekend, my family and I tuned in to watch Andrea Bocelli perform live at Duomo di Milano. Two and a half million people joined the stream to watch the 25-minute live performance. Within 24 hours, the performance had been viewed over 30 million times.

The coronavirus pandemic has changed the world we live in. For years we believed that we could not work productively from home but now we Zoom all day. Musicians believed that they needed to be in the same room to create music and now they are collaborating beyond borders. Bands waited for gigs around town to perform concerts, and now they are live streaming thumb-stopping content on Facebook, YouTube and Instagram.

Our post-pandemic world is going to impose new restrictions in the short and long term while at the same time opening up new opportunities for those who craft new business models. When coronavirus abates, we will not just flip a switch and restart our economy. The reentry into a normal social life will come in phases with essential industries opening first followed by offices and eventually entertainment venues. This process could start in a month of 6 months. That predication is anyone’s best guess.

I’d like to predict that Paid Live Concert Streaming is going to be a booming sector starting from this year. The question we need to ask is, why haven’t we seen live concerts streamed commercially by the world’s biggest artists? We have the technology and we have the audience. So, what has been stopping us? The reason is simple. There is more money to be made when a concert is played at a venue. The ticket can be well priced, and the venue can make money off F&B.

Promoters who have spoken to artist mangers in the past requesting live streaming have been denied the rights because digital rights are not the same as public performance rights. Promoters didn’t press on because the monetization strategy was not in place and a free stream was seen as something that would dilute arena ticket sales.

The next question we should ask is, why haven’t we seen artists performing exclusive live streaming concerts with no venue attached? The biggest reason this hasn’t happened is because there is a strong belief that the live concert experience is superior to anything you could experience at home or on your phone. Additionally, if you stream a concert the assumption is that you would lose out of arena ticket sales. However, by virtue of us believing that tickets sales would drop in favor of streaming implies that we have a market that can be explored.

Normally I wouldn’t think of challenging the live concert business model, but since we are all at home, I’m going to attempt this.

In the 1800’s, live theatrical performances were a major part of the entertainment landscape. When motion pictures entered the scene in the early 1900’s, I’m quite certain there were people who said that you could never beat the live theatre experience. Movies however won that battle. Movies exhibited the same theatrical content but added to it elements that were impossible in traditional theatre. Today, you wouldn’t dream of watching Avengers: Infinity Wars as a live theatrical performance let alone expect it to gross $2 Billion worldwide.

When television came along, TV shows did what movies did. The only difference was that they increased the frequency of the deliverable and dramatically reduced the cost so as to make the concept work in an ad-funded environment. Eventually as costs escalated, ad-funded TV was run in conjunction with premium channel subscriptions.

Live sport is something we all love watching in stadiums. The atmosphere is electric, and the experience is superior to anything you could experience at home. Live TV coverage however today is spectacular. While the stadium gives you the opportunity to live the moment, the TV coverage enables you to never miss a moment. An expert commentator guides your journey while informing and entertaining you. You could argue that the stadium experience and the TV experience are now actually completely different products. The TV product however has the opportunity to scale far beyond the limited capacity of the stadium. Sporting events moved the business model further by offering pay-per view events.

So now, with this in mind, let’s look at live concerts again. What is the difference between a Beatles concert in the 1960’s and an Ed Sheeran concert in 2019? I’d argue that apart from the production value, nothing much has changed in the business model. You still buy a ticket, enter the venue and pay for drinks.

What if there is an opportunity to introduce change here? The music industry has gone through a world of evolution since the Beatles. From singles and records we moved to cassettes, compilation albums, CD’s, illegal MP3 downloads, legal digital downloads to streaming. If one part of the industry is evolving every few years, why are we so precious about the Live Concert space? If you don’t challenge your business model, don’t expect others not to.

There are many different ways to create a Streaming Concert Business Model. My recommendation would be to not couple concerts in arenas with live streaming. If you try to do both at the same time, you might end up with more people choosing the streaming option because it would be by nature be cheaper.

One way to stream a concert would be to announce a mega online event much like the Easter Performance of Andrea Bocelli and get people to sign up to watch. To witness the concert, you would need to go through a payment gateway on the platform to get your ‘ticket’.

The production value needs to be spectacular. You could choose to host the event as a global concert or a regional geo-targeted one. You can enable live interaction on the platform to drive engagement and to differentiate it from an arena event. The content must also be available to replay for a limited period. The amazing thing is that you can do all of this right now on YouTube. Yes, you can charge people for the content they view on YouTube.

We now come to the pricing of the event itself. Remember that your event cost is dramatically reduced. You don’t need a mega venue, security, ushers and additional staff. Your expenses are limited to the artist costs, production, streaming and marketing efforts. Premium concert tickets normally sell for around $100. What if we were to price the tickets at $10? If that were the price of the Andrea Bocelli Easter Concert, revenues from the live viewers would have been about $24 million. This however is the utopian world of simple arithmetic. In reality we would will see much lower revenues when people are asked to pay for the event.

The major downside of the Ticketed Single Concert Model is that you will not make any money on F&B. You could however be creative and tie up with restaurants and bars around town and offer concert packages. For example, you could get a pizza meal for 6 delivered to your home and a concert pass to watch your favorite artist perform. If you create a big enough buzz around the concept, you should have outlets and retailers coming to you to tie up.

The alternative to a Ticketed Single Concert Model would be a sponsored streaming event. A reasonably popular band or singer charges around $200–300k for a concert. What if that were to be covered by a Samsung or Pepsi who would like to promote a new product in a market? After all, companies pay around $4.5 Million for a 30-second Super Bowl commercial. With such large budgets you could easily afford some of the world’s most popular artists.

Today we subscribe to music and video streaming services. The lockdowns succeeded in getting even more people hooked to these platforms. This was evident when several European countries asked Netflix to reduce their streaming quality to prevent the breaking the Internet.

What if Netflix and Amazon Prime hosted live concerts that disappeared off the platform after 48 hours? The reason the concert should disappear is to enable the social impact and conversations you see from the collective experience of the concert event to remain intact.

The subscription service need not be a current big player like Netflix. It could be a new service that streams nothing else but concerts from around the world. A monthly subscription could give you limited or unlimited number of concerts a month.

The possibilities are endless. What is incredible is that the technology exists today. All we lack is the will to get this done. With mobiles and TV’s capable of streaming, the experience can be tailor made to different devices. The offering could be very different from anything we are seen before. We could have the option to choose multiple angles, Virtual Reality, experience audio in 8D or just watch the amazing production directed by a skilled professional.

If you are in the events space, it is time to challenge the status quo. We all have concerts we attended in our lifetime that are memory milestones. While that is true, we also have memories of sporting events we watched at home that hold the same distinction. While older audiences may not want to change to this ‘new normal,’ the TikTok generation who will be your audience for the next 50 years think differently.

If you are an artist, artist manager, promoter or rights holder, remember that if you don’t challenge your own business model, don’t expect others not to.

(This article is part of the #ImpactPandemic Project. To find out more about how you can impact your community visit — https://impactpandemic.com/)

25 Tips For Organizing A Webinar That Produces The Best Results

Telemedicine – your doctor just a drone call away

The END of Digital Transformation!

Work and Education in a post-pandemic era

Does anyone out there still use MSN Messenger?