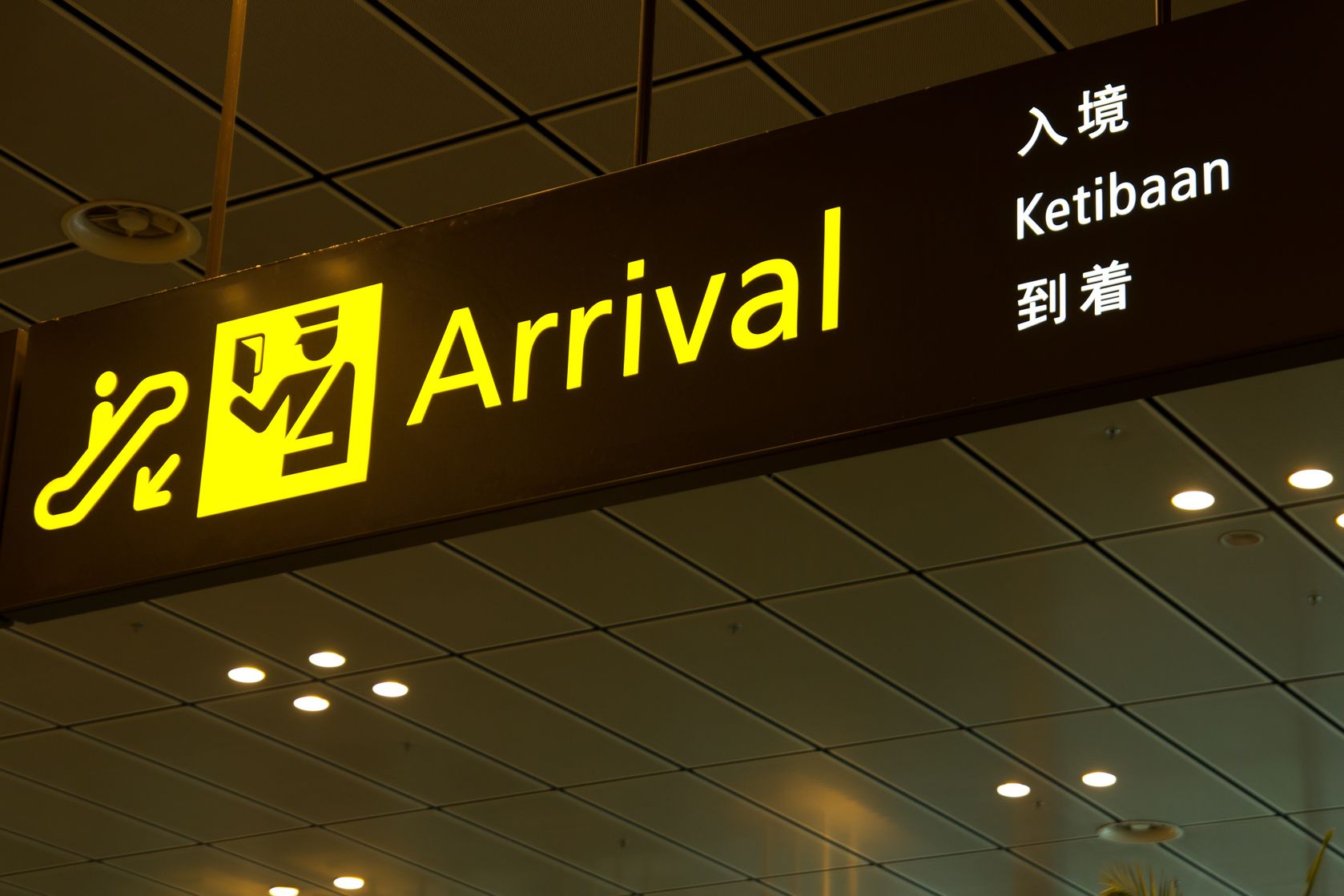 Last night I landed in Abu Dhabi International Airport and I think for the first time in my life I took the time to just stand and enjoy the joy and love that’s all around at an Airport Arrival Gate. Now the reason I was able to experience this joy was because some sort of weird tail wind seemingly pushed the aircraft I was in faster towards Abu Dhabi and my friends who did not have the assistance of a tail wind on Sheikh Zayed Road were a few minutes late picking me up.

So there I was, at the Arrivals Gate just standing around, wondering how I would to pass the time. I first contemplated a quick snack at the Starbucks there, but later decided to check out tourism brochures instead. That took about 15 seconds and I was done. All of a sudden I remembered the film Love Actually starring Hugh Grant among many others. The opening lines of the film are in the voice of Hugh Grant who says, “Whenever I get gloomy with the state of the world, I think about the arrivals gate at Heathrow Airport. General opinion’s starting to make out that we live in a world of hatred and greed, but I don’t see that. It seems to me that love is everywhere. Often it’s not particularly dignified or newsworthy, but it’s always there – fathers and sons, mothers and daughters, husbands and wives, boyfriends, girlfriends, old friends.” (And no…I did not quote the line from memory…I just Googled it so it would be accurate)

And the makers of the film are sooooo correct. I was standing at the Arrivals Gate and I noticed such happiness and love. You see it all at the airport…The seasoned traveler, the kid who went overseas to study, the father who is coming to see his daughter for the very first time, the son who went overseas on business…you see it all.

Now since I was flying in from the United States, it was easy to contrast how differently Asian and Arab cultures treat returning family members when compared to Western cultures. At this point in time I must say, I love how it’s done in this part of the world. You see, we believe that the entire family, both immediate and extended, needs to be at the arrivals gate to greet the returning family member. I was looking at the ratio of travelers to actual people at the airport and the ratio was close to 1 is to 10.

So why you may ask do we need so many people picking us up from the airport? Well last night I figured that when a large family arrives to pick someone up, each person is assigned a specific job. These include: –

The spotter’s role is to spot the returning family member and relay the information to the rest of the family who might be sitting or standing slightly away from the crowd. This task is usually assigned to a younger member of the family but not someone so young that they need to be accompanied while they perform the task. This is usually the naughty kid in the family who does not shut up. You give them this task to get some peace and quiet and at the same time make that kid feel really important. The spotter is supposed to make eye contact with the traveler and then run and inform the rest. Usually however in all the excitement, the eye contact is skipped and only the information is relayed to the family leaving the returning family member quite lost looking for his or her family.

This task is usually given to a working adult in the family. This will usually be someone who is between the age of 20 and 25. This person gets all the family members in the car on time (NOT REALLY…we are never on time), gives directions to the extended family who will have to get to the airport on their own, and will also be fully aware of airline timings, immigration delays and customs formalities. This person is always stuck to his phone.

This role is usually given to the teenagers in the group. Its not the most glamorous job, but someone’s got to do it. This task however very quickly gets delegated to that annoying kid in the family who played the role of THE SPOTTER.

This role is usually played by the women in the family because the men would much rather act like they aren’t getting sentimental at the arrivals gate. If THE WELCOME PARTY are a ‘well-planned’ group, they would have a bouquet of flowers which look unique…ie. Not like all the other bouquets people are giving at the airport. Here ‘well-planned’ means that they picked up the flowers BEFORE getting to the airport. Unplanned and last minute would involve picking up flowers at the airport which all look alike. If the WELCOME PARTY has a good sense of humor, they would have made a funny Name Board for the returning family member.

These folks have no idea what they are doing at the airport but are there because they were called. Some of them can be second or third cousins who have to be actually introduced to the returning family member at the airport.

Airport Arrivals Gates can be very lonely for those who have come to the airport alone and not with the above groups of people. For example I met this lady from Kazakhstan who was waiting for her husband at the gate. Since she saw me waiting for such a long time smiling at random people, she came and asked me if I knew where the Airlines Arrival Information Screen was. I was unaware but directed her to the information desk. The information desk was as helpful as a tail-end batsman trying to help his cricket team score their last 150 runs. Anyways when she looked like she was going to panic, I went up to her and told her that there is only one arrivals gate and so her husband should exit through that one. To this however she replied that she did not know if he had already arrived and taken a taxi back to Dubai. I didn’t have anything else to say to her, so I just looked at her, smile and said, “SURPRISE???” Now you know why you need to have a SPOTTER who spots and a CO-ORDINATOR who gets the info. Long live family and extended family!!!

Another amusing thing you get to see at the airport is when 2 or 3 friends arrive at the same time but only one person’s family, extended family and neighbors come to pick them up. Its amusing because the WELCOME party is hugging this kid and making him feel special while the two other friends are standing by the side, hoping that their friend has not forgotten he promised them a lift back home. In a matter of seconds, a million random questions are being thrown at this kid. His weight has become a subject of conversation among the extended family and the neighbors are being introduced to him.

The convoy starts moving. After a few steps though, the kid remembers his friends and says, “Come, we’ll drop you home.” At this point in time THE CO-ORDINATOR is a little taken aback. He was not informed about this. He had not planned for this. He has been able to smoothly carry out ‘Operation Pick Up from the Airport’ until now. He has been able to fit 16 cousins in one SUV and another 13 in the other car, where will these additional two jokers sit? He gets on his phone and exits the terminal faking a smile…after all, everyone is always happy at an Airport Arrivals Gate.

Actually I feel Happiness and Hunger are two things that are rampant at airports. Very often you have someone who in flying in who somehow managed to sleep on the aircraft and the stewardess did not wake him up for food. As a result, the arriving family member is hungry as hell. Once he is spotted at the gate and the welcome party has done their little thing, the traveler speaks his mind and says, “Ma, I’m hungry, they did not give me anything on the plane. Can we stop off at Mc Donalds?” To this however his loving mother replies, “Don’t worry we are going home and I will make some nice home cooked food for you. You have not eaten home cooked food is such a long time. You have lost so much weight. Don’t worry we will be home in an hour and then I’ll make food.”

At this point in time the retuning family member remembers that if you are Asian or Arab, then you MUST know that your family will NEVER take you out to a restaurant to eat when you arrive; the first meal has to be home cooked with love. So if you are Asian or Arab returning home, eat on the plane because you ain’t getting anything to eat for the next 2 hours.