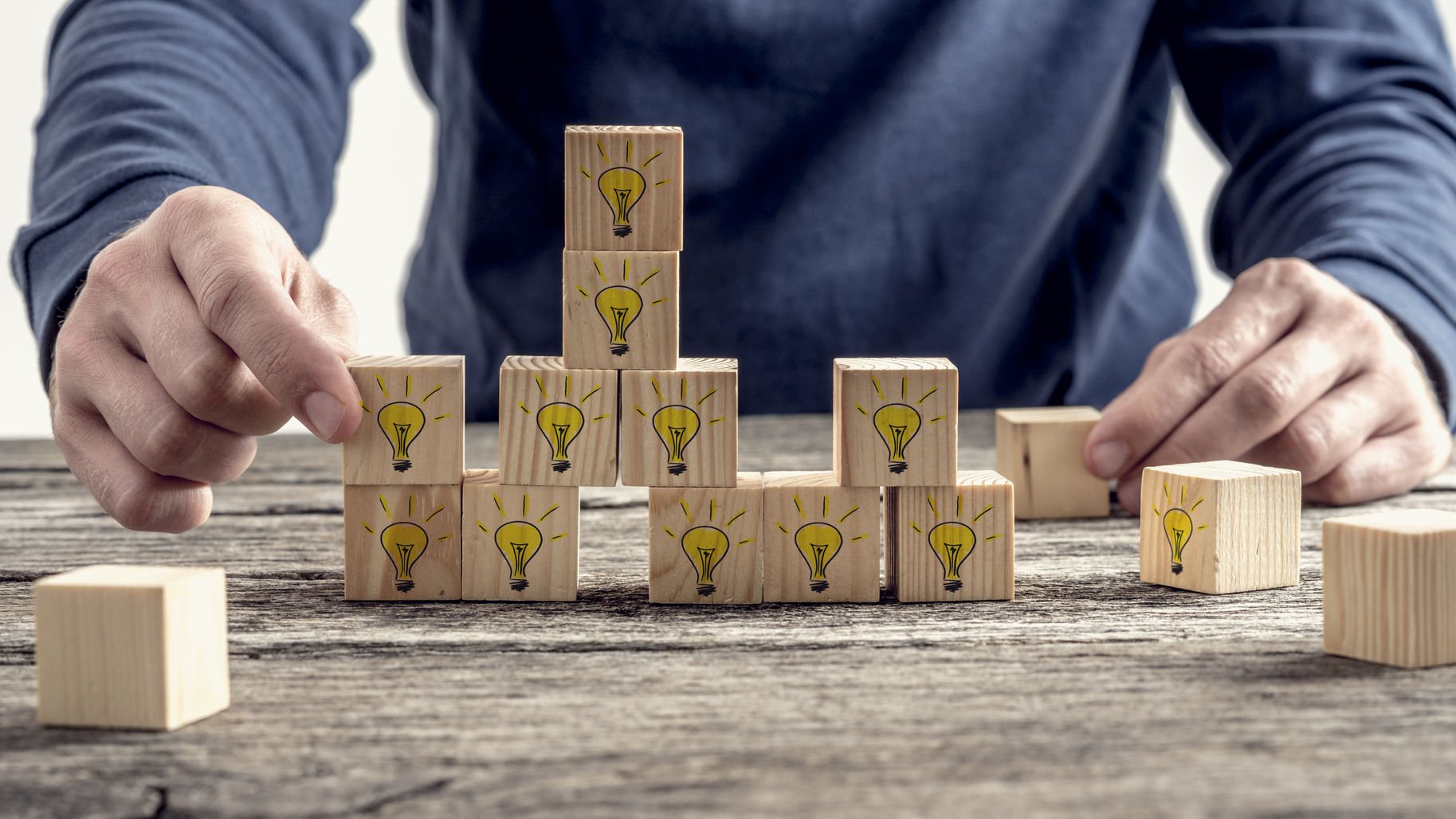 I have always wanted to become an inventor. I remember at the age of 9, my brother and I tried to make a radio set. Our attempt involved using a piece of wood and screwing on two speakers for a stereo effect along with an antenna from the only working radio at home. The whole project involved no wires at all and did not need to be plugged in to work. It was wonderful…we did not catch any stations but on the positive side, we did not get any disturbance on the radio set either.

Over the years I’ve been involved in several projects where warranty seals were broken and screwdrivers were used with excessive force leaving scratches on immaculate paintwork. While I might not have managed to use this knowledge to invent something that would change the world, I have however learnt that most things can be repaired by hitting or kicking the device really hard when the owner is not looking.

Coming back to inventions…I love walking around certain types of shops because they always feature some random invention by some happy go lucky dude in China. I am talking about stores like IKEA and Bed Bath and Beyond. This evening I was at Bed Bath and Beyond and was looking at some fascinating inventions they stock between their curtain display and shelves full of door mats. 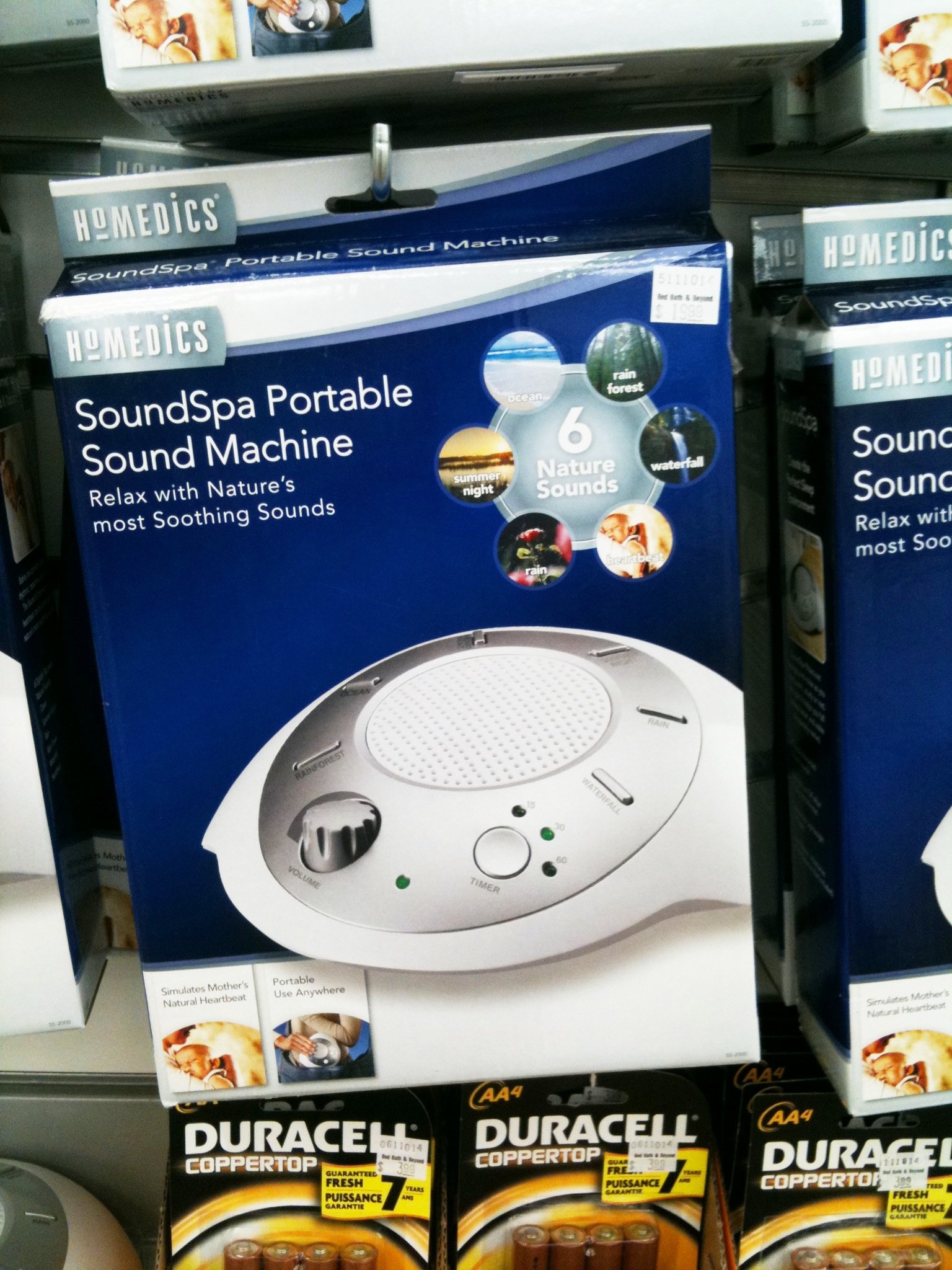 So, the awesome product I saw this evening was the “SoundSpa Portable Sound Machine.” Sounds complicate…Interesting name for a product that basically plays you sounds of nature so you can fall asleep. The tagline of the product is – “Relax with Nature’s most Soothing Sounds.” I took a moment to play around with this product. Its quite funky. You can choose among some amazing sounds of nature like – The Rain Forest, Waterfall, Rain, Summer Night, Ocean and even a Heartbeat. The cost of this product – $20 (About AED 75). I was about to pick one up for myself and then realized that this might not work for me.

You see, growing up I always have a ceiling fan in my room and it always made noise. No matter how many times you fixed it, it would make a regular scraping sound. Ever since then I have always needed a sound in my room to fall asleep. The ideal sound is a ceiling fan, but these days manufactures work hard to reduce the sound these fans make. (Morons…who asked them to do that…I volunteer my services for their next focus group discussion). Later in life I realized that I could substitute the sound of a fan with the sound of a TV set playing some boring channel in which a narrator rambles facts about spiders and lizards in a monotonous drone. Lately however I have been trying to get rid of this habit and hence have strategically kept the TV in the living room and not in the bedroom. This means that I spend several minutes every night trying to fall asleep and only do so when the battery on my phone dies and I can no longer play Angry Birds.

Now, I think the ‘SoundSpa Portable Sound Machine’ is super awesome but to make it a global success a few tweak are necessary…and here is why…Lets go back in time…have you ever slept by the side of a Waterfall??? No…on a beach??? For sure…a few times at least…but lets be honest…you did not fall asleep to the sound of the ocean…it was the Tequila and Beer and Whiskey and that last bottoms up that had you sleeping like a baby. What were the other sounds on this device…oh yes…RAIN FOREST…ok…lets be honest…if you have lived all your life in urban areas like me, after about 10 minutes the sound of the damn cricket and insects will suck the love for nature out of you. Furthermore when I hear sounds of nature, I’m always thinking that there is some blood sucking insect or reptile out to get me…BAD THOUGH when you are TRYING to sleep.

My suggestion…I think the makers of the ‘SoundSpa Portable Sound Machine’ should add some real sounds like – Main Street Traffic, Relentless Honking, Dogs Barking, College kids on motorbikes with no silencers and Diwali Crackers. I think we have all slept though all these sounds…I know I have…and it gives a sense of nostalgia just before you knock off. While they are adding these new sounds, I’d like to suggest a new tag line as well…