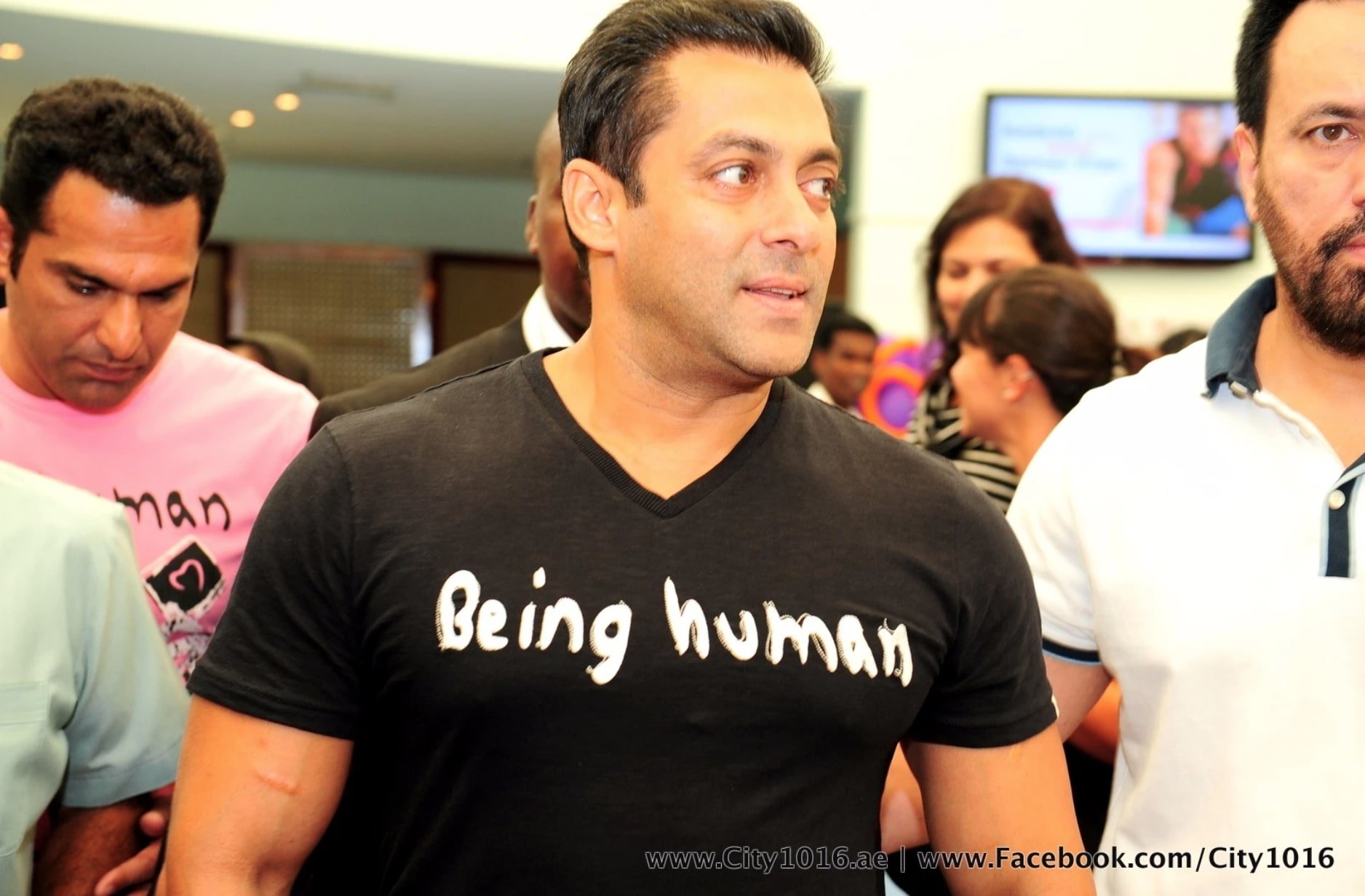 Celebrities come to Dubai very often but it is not very often that they are able to touch your heart in a way that you never thought possible. Usually an experience that changes the way you think about a celeb is based on whether or not they were kind enough to give you an autograph or pose with you in a photo for you to later upload onto Facebook only to realize that the genius who clicked the photo did not know how use your Blackberry. Recently Salman Khan was in Dubai for the launch of Being Human in the UAE market thought Splash and Iconic and since I am part of City 1016 I was close to all the action.

In case you are unfamiliar with the concept behind Being Human, it’s simple. Salman Khan runs the Being Human Foundation that is a registered charity in India, which is funded by the profits from the sale of the Being Human products. These products include T-shirts, Jeans, watches and a whole bunch of things that will be launched soon. 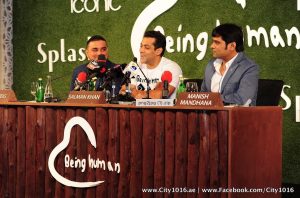 After interviewing dozens of celebs that make their way through Dubai, I must say you get a little bored with the rehearsed politically correct answers. There is hardly a time when you ask celebs a question to which you don’t already know the answer. Honestly, we all know what a Bollywood movie is about when we watch the trailer or spend 35 seconds on Wikipedia. The reason we love to hear stars speak is so that we get to know something about them that we never knew before. This however is something they almost never give us, with the exception a few like Imran Khan and Vidya Balan; but they are few and far in between.

I am sure you have heard that Salman Khan as a person is straight, direct and honest. The amazing thing is that you have heard correctly on all counts but to that list you also need to add hilarious. The problem however is that most of his interviews are around his movies. He has to say a set of things that are assumed will trigger the desire in fans to go to cinema halls and watch the film to enable them to have a Film Success Party. In fact at the press conference in Dubai, Salman even referred to this saying, “See when you are promoting a movie, you have to talk about the movie and say things like – I have amazing chemistry with the actress, when in fact you don’t.” This was one of the many candid comments Salman made. Let’s run through a few more.

Now since Being Human is such a simple yet catchy name, a question at the press conference was, – “Who came up with the name Being Human?” Salman immediately broke into a huge smile, kept looking at his sister and then smiled at the audience and said, “It just came to me, you know like Prakat Hua….it just prakto-fied.” I’ve been for many press conferences but no one has laughed the way they did when he said this. Yes he said, PRAKTO-FIED. 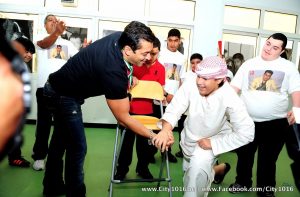 And of course, no one wants to talk to Salman and not talk movies. So Salman was asked, “Will you be wearing Being Human clothing in your films?” Now here I would like you to imagine an answer that you think a normal celeb would have given. I bet it would be something like, “If the script demands it…bla bla bla.” Salman’s answer, “It might be a little difficult…can you imagine Chulbul Pandey (From Dabangg) wearing a being human T-shirt and saying… ‘Hum tum mein itna ched karenge ki confuse ho jaoge ki…(while the audience bursts out laughing…he continued saying) how can I wear a Being Human T-Shirt and say, Kamini se yaad aaya…bhabhi kaise hai …(this is where the audience full of journalists….applauded, laughed and whistled)

When asked why he decided to introduce a line of t-shirts to support his charity, Salman Khan abruptly stood up and the audience went silent…he put his hands in his pocket…pulled them out and as he showed us that his pockets were empty, in classic Salman style said… “No Money….No money…that’s why.”

My team and I followed Salman Khan for all the three days that he was in Dubai. We spoke with him privately, interviewed him and covered his every move. You know sometimes it’s easy to put on the act when you are in front of the cameras. However with Salman Khan the amazing person that he is can be seen even when the media is far away. I got to experience this personally when we were at the Rashid Pediatric Therapy Centre in Al Barsha. Salman had apparently been there 6 years earlier and had requested a change in his schedule to accommodate a visit to the center to see its progress over the years. There were places where we were allowed to follow as part of the media entourage and places were we were requested to stay back. While some members of the media found this annoying, I thought I would just keep the camera aside and follow Salman to see what he was really like when no one is looking. What I saw was truly amazing. He walked into a music class and the kids instantly surrounded him. One girl latched onto him as though they were friends for years. If you have ever been around kids you will know that they don’t always take to strangers instantly. Salman was the exception. This little Arab girl would not let him go. Finally when he had to leave, she started howling. Salman left the classroom but returned, hugged her and tried to calm her down. Later, one of the teachers smiled and told me that he had been teaching the kid for three years but she had never once cried when he had left the class. Salman seemed to have brought even more joy to the center which I must say does a fantastic job with these kids who have special needs. 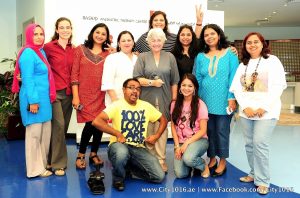 You know very often celebs get criticized for being photographed doing charity. When we see it on TV, we usually think these are publicity stunts. When Salman Khan was in Dubai, I realized that these are publicity stunts, but not for the celeb but for the cause. Let me be honest, I lived in Al Barsha in Dubai for over a year and even now go to the Lulu Hypermarket to shop. I have however NEVER noticed the Rashid Pediatric Therapy Center which is actually the building adjacent to Lulu Al Barsha. The only reason I now know about this place and what they do is because a celeb decided to make it part of his itinerary. I would recommend visiting the Center and offering your time as a volunteer because you will soon realize that you are not helping them, but they are helping you. Seeing how some of the folks from the media behaved with the kids at the centre asking them rudely to move out of the way to be able to film the celeb made me realize that we are shamelessly insensitive as human beings. All we care about in our daily lives is about ourselves. Caring for our own families in addition to ourselves is anything out of the ordinary; it is only natural. Perhaps it’s time for us to stop just being human beings and start BEING HUMAN.

And just in case you are wondering, Salman Khan does not have a heart of Gold, its made of something far more precious. God bless you Mr. Khan.