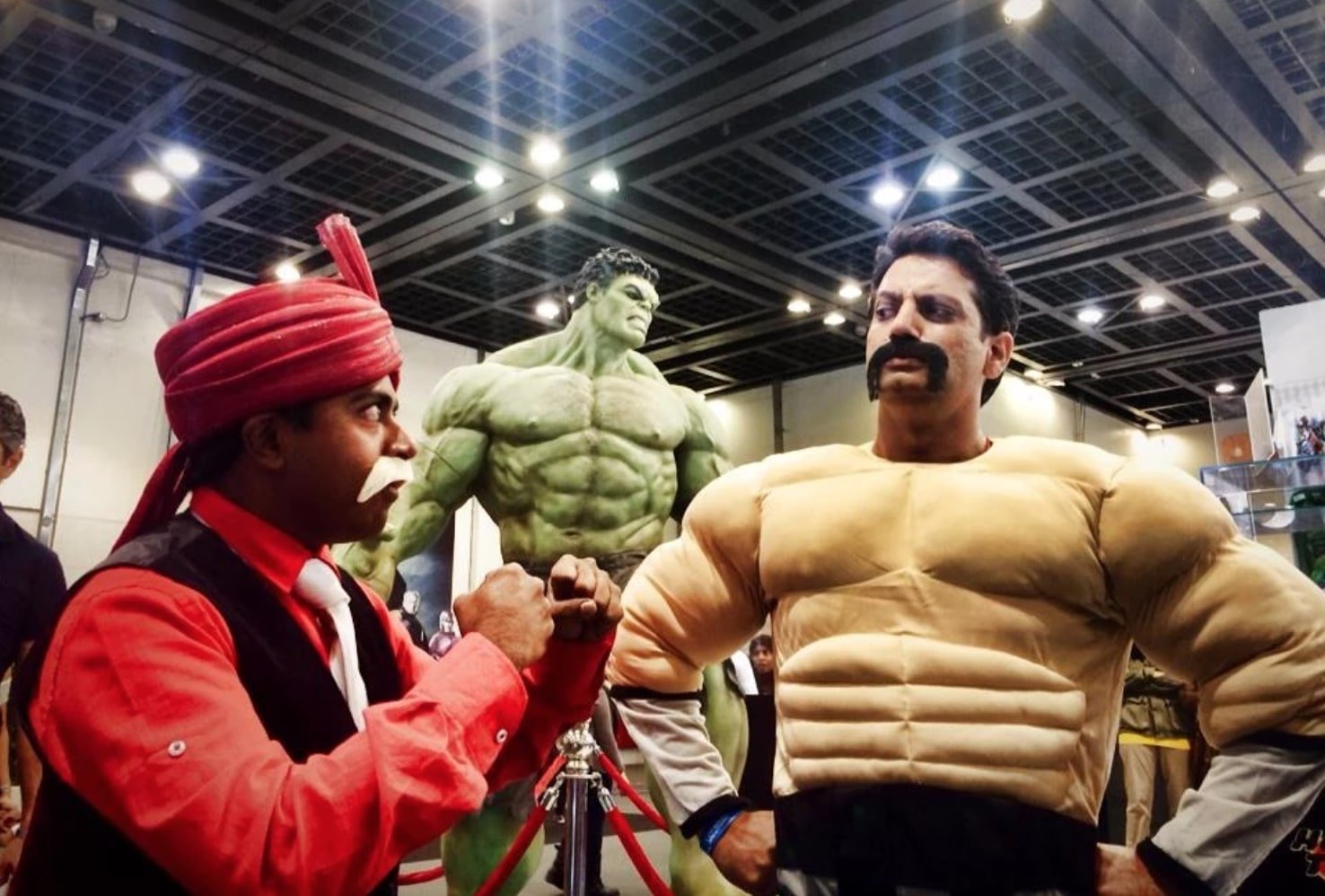 Have you ever seen Chacha Chaudhary at a ComicCon? This year, I decided that when I attend ComicCon in Dubai it will be as a Desi Geek. I assumed that this quest to find the perfect desi comic character would be really really difficult. This however could not be further from the truth.

The truth is that there are very few desi cartoon characters. They include Shikari Shambu, Suppandi, Nagraj, Shaktimaan and a few others. I’d loved to have taken on the role of Nagraj but my body type would make me look more like Python than a Nag. After about 23 seconds of thinking – Chacha Chaudhary was the character I chose.

The Challenge in finding a Chacha Chaudhary costume

The challenge you will face when trying to dress up like Chacha Chaudhary is the fact that Diamond Comics unlike DC Comics and Marvel do not have merchandise in the market. So, the only way to do this would be to build the entire costume from scratch.

So, I went to Bur Dubai and picked up the bright red shirt and the cheap blue trousers and the white tie. The biggest challenge was getting the head gear. I finally went to a shop selling wedding stuff and picked up an ornament studded pagdi. I then used a steam iron to loosen the gum to pull the ornaments off. Finally the costume was ready. Saboo on the other hand was a two step process.Step One : Buy the costume of a one eyed monster from Ben’s Costumes.Step Two : Throw out the mask and just use the body suit.

Once we got to ComicCon the feeling was amazing. Right though this whole process of sourcing the costumes and getting ready for the event I had thought that this would be a private joke at ComicCon, something only Sid and I would get and no one else. However the second we entered the Dubai World Trade Center that opinion changed.

From the distance I started hearing people screaming – CHACHAJI!!! CHACHAJI!!! Oh what an amazing feeling that was. People recognised the characters. And for the next four hours, Sid and I roamed around ComicCon 2014 and saw the biggest smiles on the faces of all the Indians who were at the event. After all, Chacha Chaudhry and Sabu are our DESI Super Heroes. 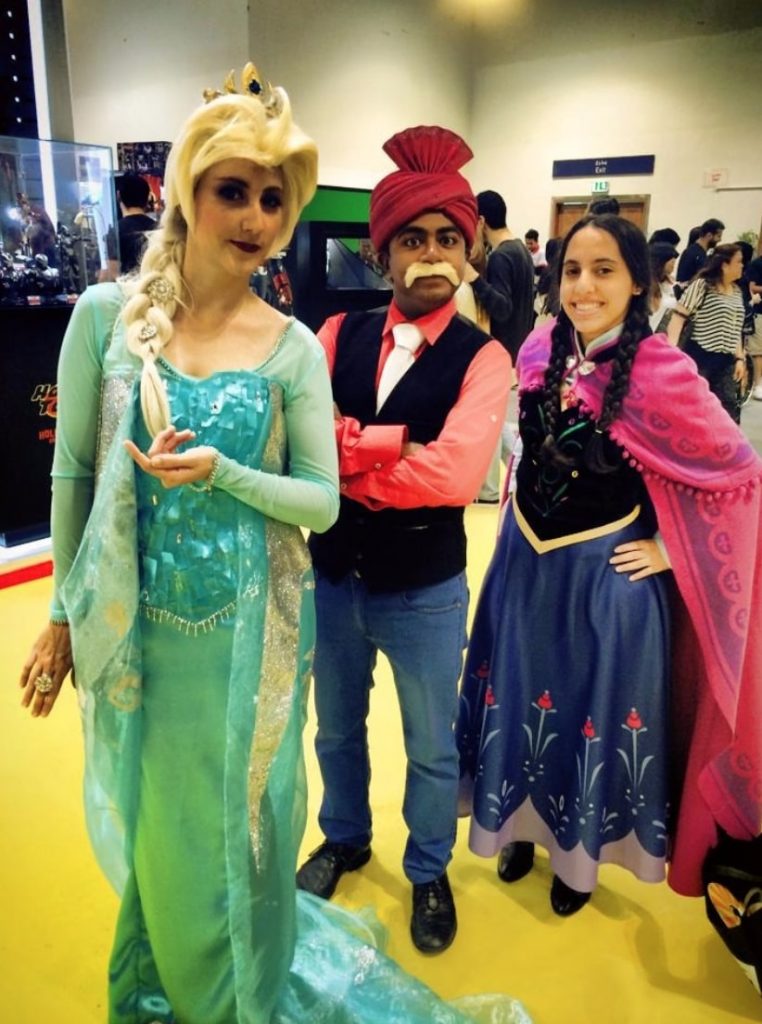 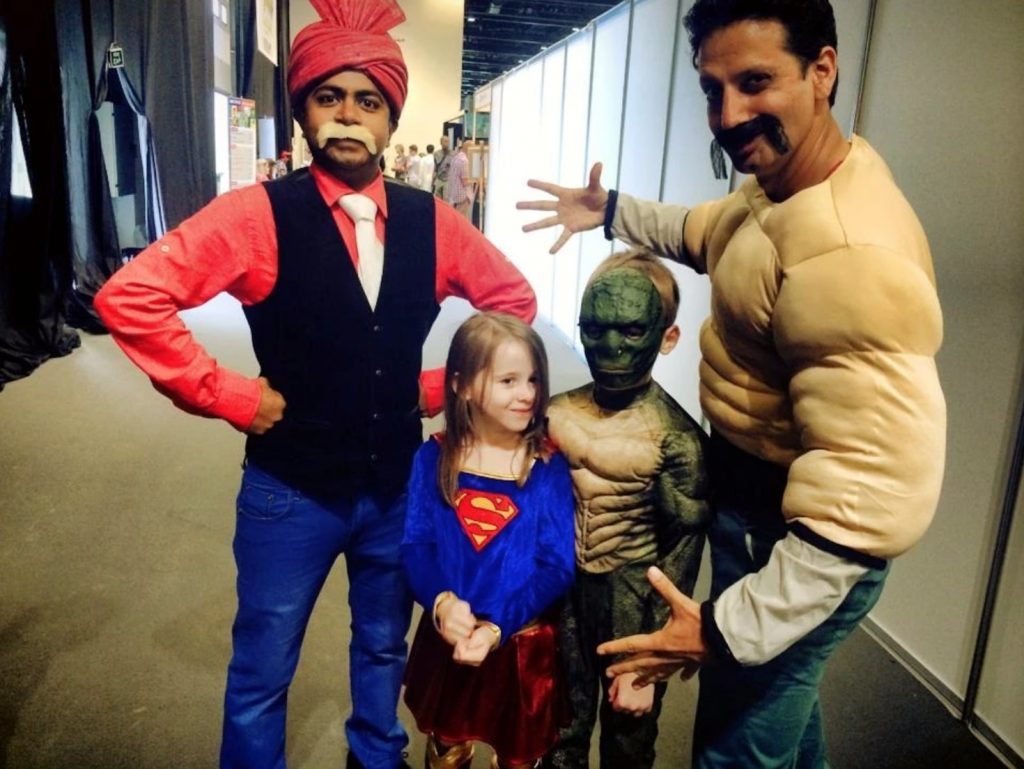 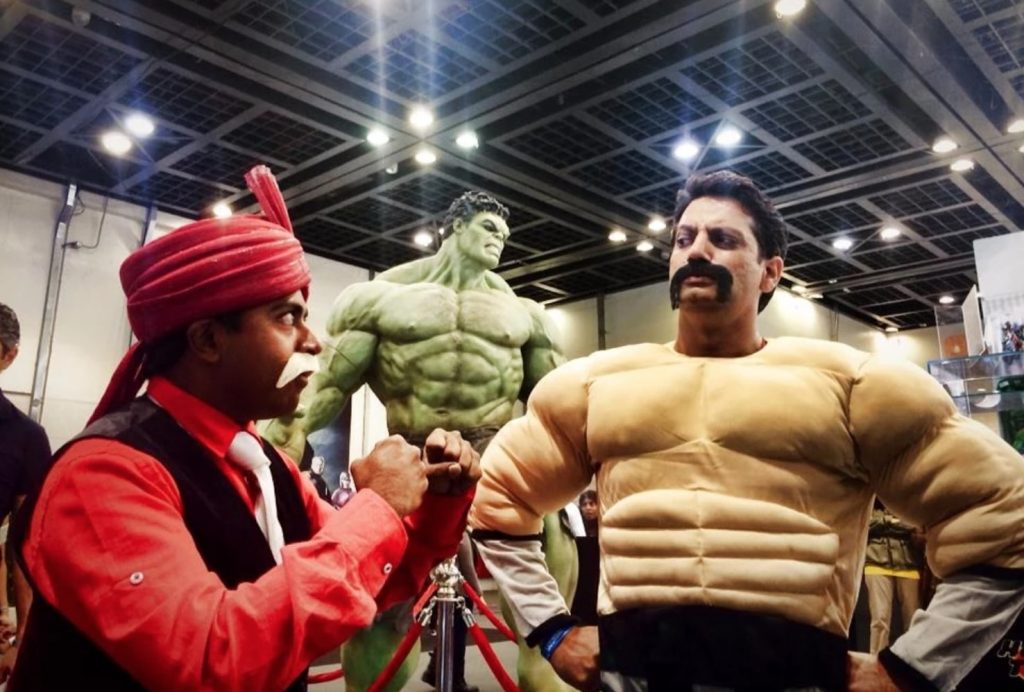 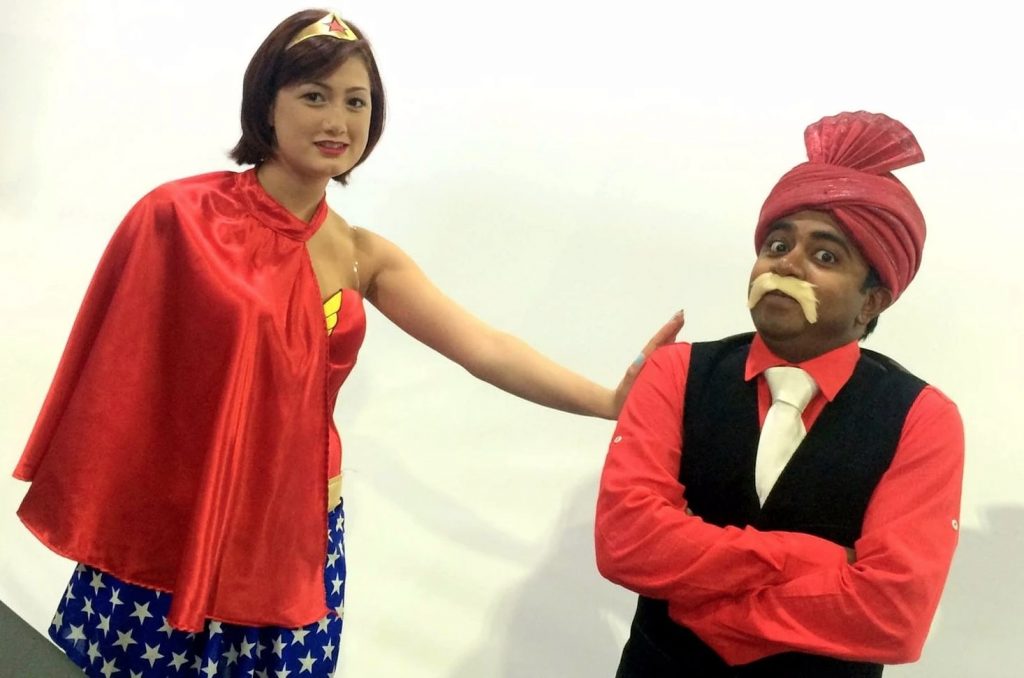 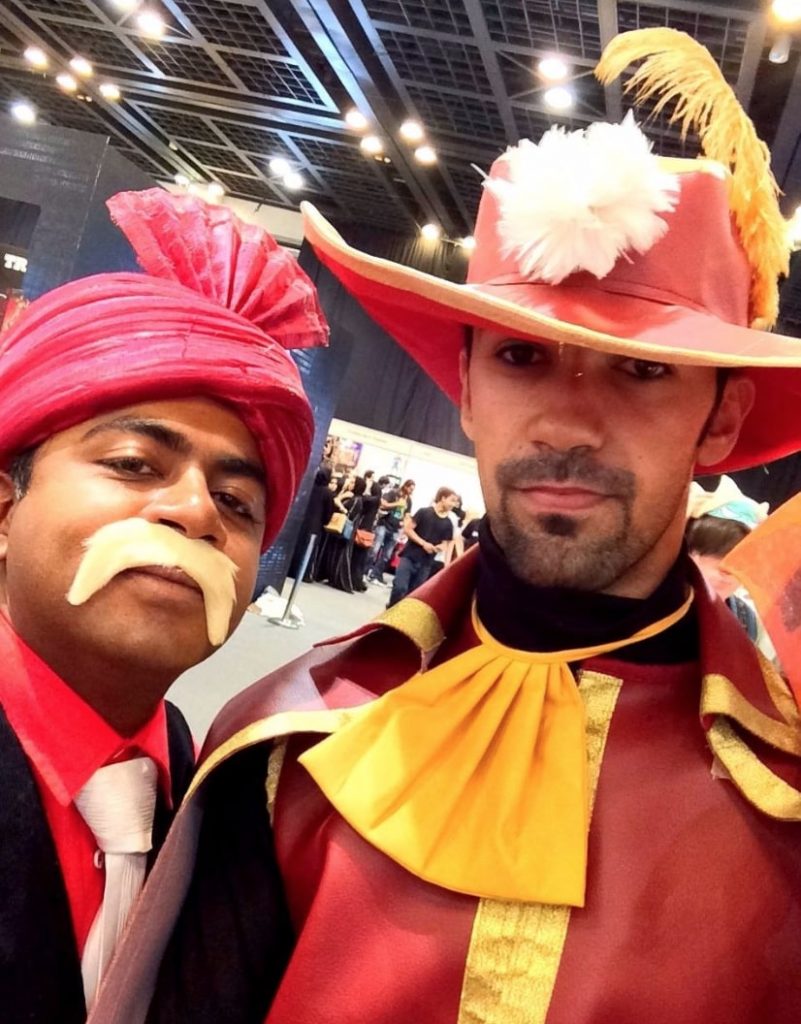 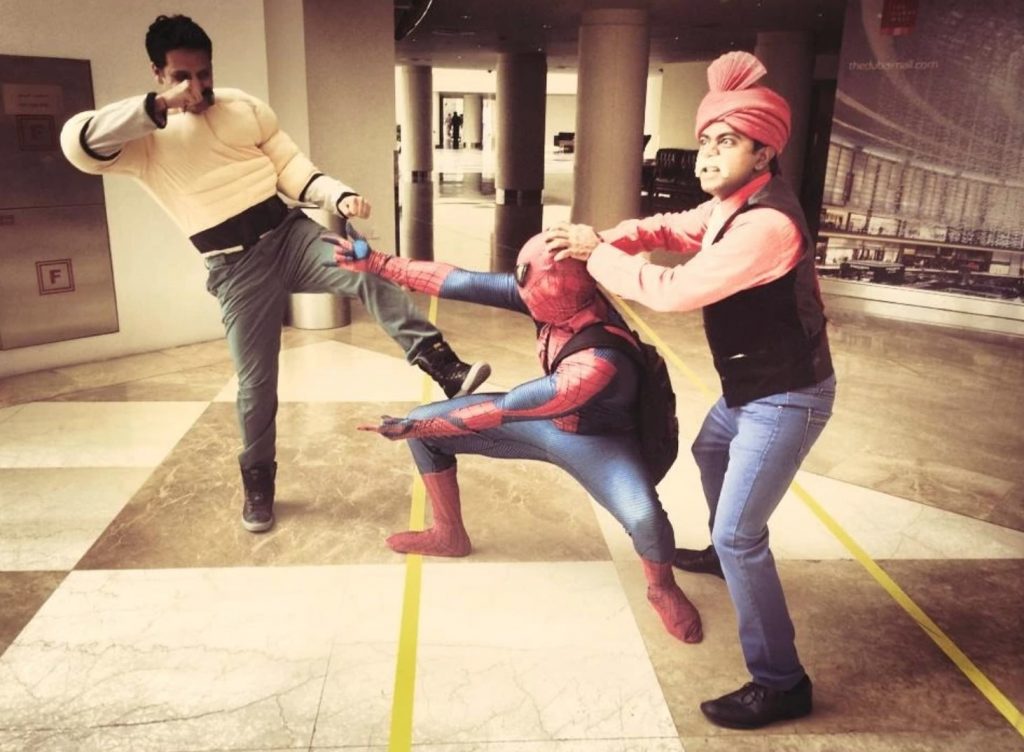