Why do we eat Indian Chinese food with a fork and spoon? 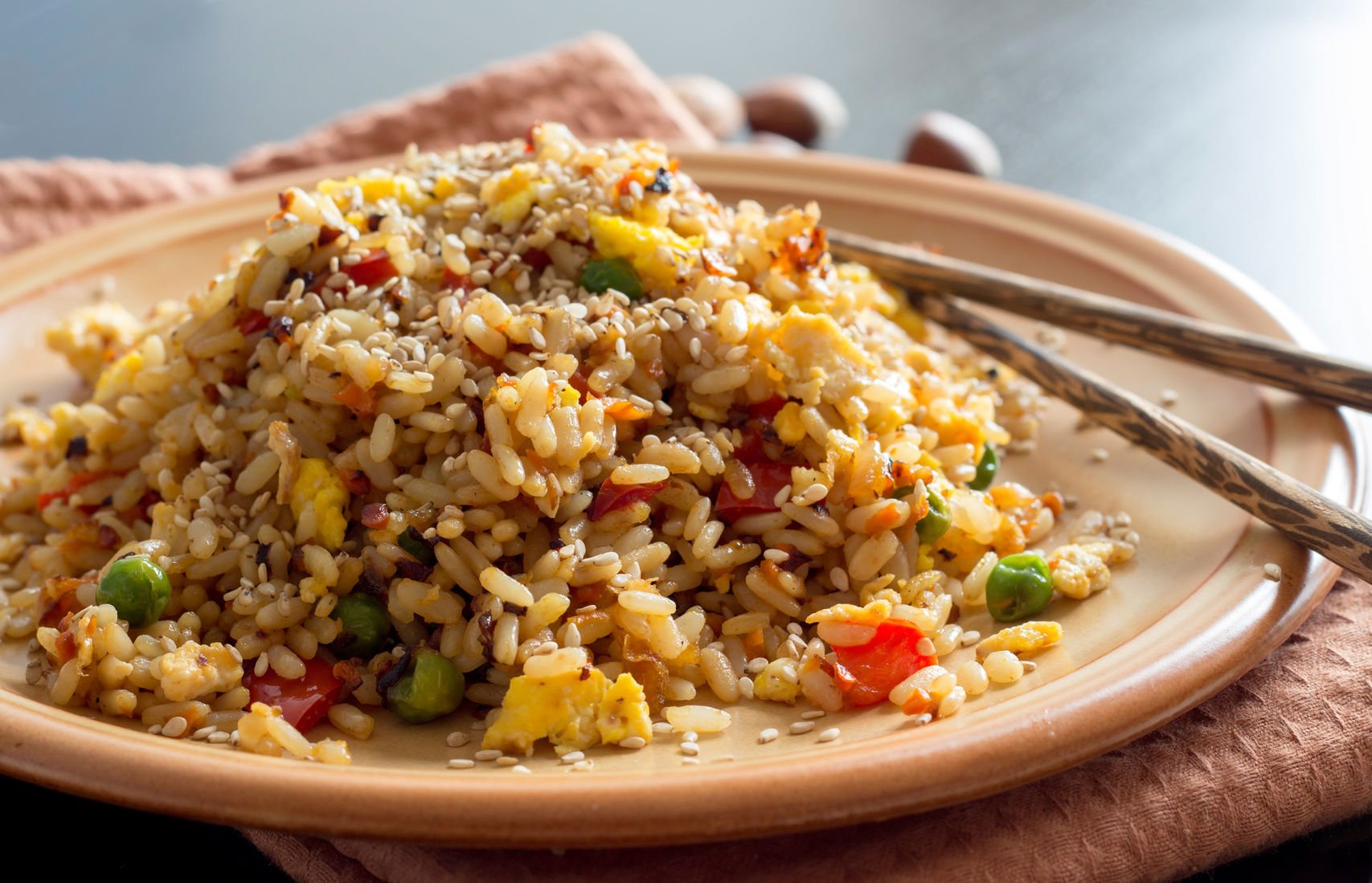 Last night I was at a friend’s place and they decided to order some Indian Chinese food. I ordered my favorite – Chicken Fried Rice and with that we had several other orders that included Noodles, Chicken Manchurian, Chicken 65 and Gobi Manchurian.

When the meal arrived, the table was set and my friends brought out their cutlery. At this point in time I asked myself; why is it that we always insist of using spoons and forks to eat Indian Chinese Food? It’s strange that we eat Biryani, Palao and Ghee Rice with our hands but for some reason insist on eating Chinese Fried Rice with a spoon and fork. In fact you will notice that in India even in a road side restaurant running from the back of an old dilapidated van, Chinese food is served with a spoon and fork. It does not matter if you are rich or poor, eat every meal with fine cutlery or just love to enjoy your full meals without a spoon in sight…when it comes to Chinese food, we insist on the cutlery.

So why is it that we eat pretty much everything else using our God given hands but insist on using the cutlery for Chinese Food? I thought about it and the conclusion I came up with was the fact that perhaps we think that Indian Chinese Food is not really Desi and perhaps needs a firangi treatment.

This however cannot be further from the truth. Let me just give you a few examples. Chicken 65…yup this would be a dish that finds itself in the heart of the Indian Chinese experience. However, you will find many a raised eyebrow in Beijing or Shanghai if you were to insist on a serving of this dish in China. The fact is that Chicken 65 finds it origins in a restaurant called Burhari’s on Mount Road in Chennai where in the year 1965 they introduced a special chicken dish and named it Chicken 65. There were several other attempts to replicate its success with a Chicken 78, Chicken 82 and Chicken 90, introduced in 1978, 1982 and 1990 respectively. Since we’ve never eaten any of them, I will assume failure to replicate.

Chicken Manchurian???? Where do you think it comes from? Well the answer cannot be found in Northeast China in the area consisting of Heilongjiang, Jilin and Liaoning provinces, better known as Manchuria. The answer comes from Colaba in Mumbai. Basically Chicken Manchurian was invented by this guy called Nelson Wang an Indian restaurateur, who is the founder of the famous China Garden restaurant in Mumbai’s Kemps Corner neighborhood. Nelsonji came to Mumbai in 1974, with just Rs27 in his pocket. His first job there was in a small eatery in Colaba. He was also a cook at the Cricket Club of India where, in 1975, a customer asked him to create a new dish, different from what was available on the menu. He started by taking the basic ingredients of an Indian dish, namely chopped garlic, ginger, and green chilis, but next, instead of adding garam masala, he put in soy sauce instead, followed by cornstarch and the chicken itself; the result was the now-famous Chicken Manchurian. So there you have it…Chicken Manchurian. I assume at some point in time some guy asked for a veg dish that tasted like Chicken Manchurian…out went the chicken pieces, in came the cauliflower pieces…voila – Gobi Manchurian!!!

In case you were wondering, in its heyday China Garden was the restaurant where a lot of the Kapoor Family used to hang out. I bet they were eating their Chicken Fried Rice and Chicken Manchurian with a spoon and folk though.

I could go on about how American Chop Suey (Desi Pronunciation CHOPSWEE) in India has nothing to do with the Americans or the Chinese but then the Triple Schezwan and Chicken Lollypops might feel left out. I’d love to give the Chinese credit for all this, but, honestly, we are just using their good name.  🙂

Does anyone out there still use MSN Messenger?