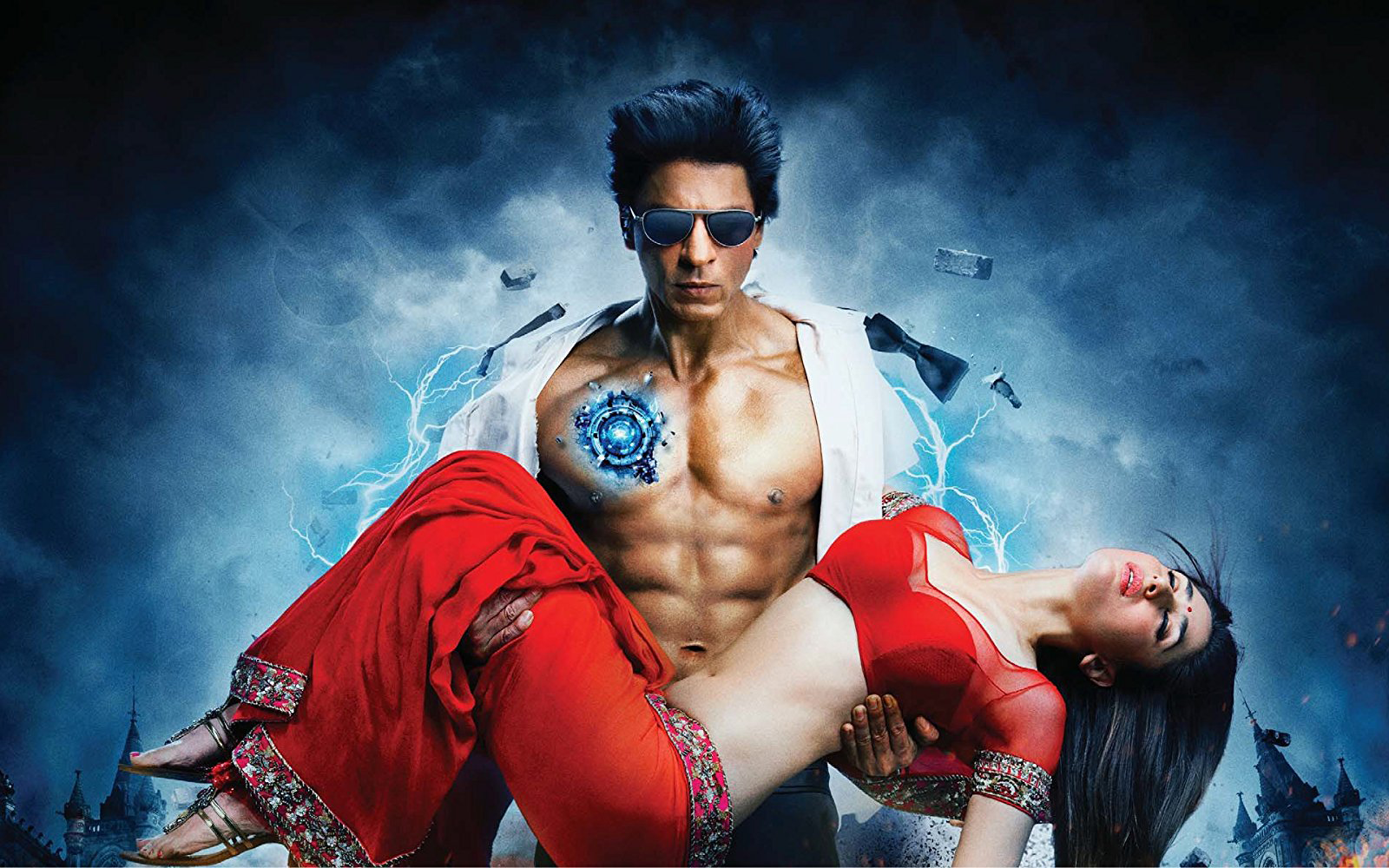 You know what, its been a long week and a very long day…I wanna sleep but I feel that I should write about the film Ra One. I know a million people will say a million things about the film, but I always have a opinion on everything and this is no different. I just got back home a hour ago after watching the film Ra One at the City 1016 Movie Nights. For those of you who do not know what that is, its where we book out the entire cinema hall and invite City 1016 Listeners to watch a film with the City 1016 Team. If you have never been for one…I’d highly recommend it. So here goes. I think the film rocked. Initially I was a little skeptical about the film but a few weeks ago when I watched the trailer, I was super impressed. My honest opinion…well the first 5 mins of the film scared me. I started thinking that I’d get out of the film and people would say, “Its a good FIRST attempt.” Honestly that means the film was crap. The initial graphics were highly unimpressive and then…the BOY wakes up from his dream…and from then on for the next 2 and a half hours, you are just about saying, “WOOOOOOW.”

The great thing about Ra One is that the bad parts are limited to just the first five minutes of the film. The thing that really sucked in the movie was Priyanka Chopra. I’d recommend standing in the long queues to get popcorn before the film and missing her role altogether.

Now, what makes this film different from other Bollywood films??? Well that’s easy, the bad parts are at the beginning and the film gets more and more awesome as you move on. Think back to the film Mausam…the first half was great…and then they screwed up the second half…most of you might not have made it that far…and trust me…I understand. The only reason the film Mausam released one week late was because the Censor Board took THAAAAT long to watch the movie :-).

So what are the other awesome things about Ra One? Well I am sure you will hear a lot about the visual effects. They are truly awesome. I can without a doubt say that they are better than any Indian film I have ever watched…and that included Rajinikanth’s Robot. Robot had its cringe moments…and those moments when you were thinking that the graphics were a little amateurish. When it comes to visual effects, SRK’s Ra One matches up to the standards in Hollywood. Very often the combination of visual effects and graphics make the stunts look original and out of this world. .

For me the film is awesome also because it HAS a story. This is the shocking part for you, isn’t it? I know when I walked out of the film, I had friends who said, “Oh there was no story.” WRONG!!! You know its become fashionable to diss Bollywood movies. Yes I agree we do produce some absolutely shitty movies, but give credit where credit is due. The classic Bollywood plot is – Boy meets girl…girl is richer than him…her father objects…they get together in the end. In the middle of all of this, you can throw in a whole bunch of songs and an item number and a bikini controversy and you have a movie. Ra One however has a story…its about how a programmer makes an awesome game that brings its characters to life. I’d like to say more, but I’d rather you watch the movie. The story of the film is complicated and yet the director has made sure that Manoj watching the movie in a single screen cinema in Nagpur will get it…and so will Rohit watching it in a multiplex in Dubai. Its a tough job to make people understand the concept of video games and programming and virtual reality and holographic projection…yes…these are concepts that the film deals with…so…STOP saying there is no story…you just sound silly and ignorant. Batman and Spiderman are superheros too…but can you name ONE song from their movies??? Does Batman dance to ‘Criminal’ or ‘Chammak Challo’??? I love the masala. I love the spice. My movie should be like my food…INTERESTING!!!

There are several great moments in the film. I remember a lot of them because for the first time in over a decade I watched a film in which the audience started clapping. When was the last time you watched a movie in which the audience clapped??? This movie brings back the great Bollywood moments. In a few weeks, people will be saying, “To Quote myself…”(Its a line from the film)… “I am always On.”… “Rajani saar…”…and who can forget – “DUUUUDE!!!”

Oh…how can I foget…yes Rajinikanth makes an appearance in the film. Its super awesome how we all clapped…I even whistled…what an awesome moment. I don’t wanna tell you what happens…but check out what Kareena Kapoor does when she sees Rajani…its brilliant. (Yes I do not want to give you any spoilers…just watch the movie)

The songs in the film are super awesome…Chammak Challo is super brilliant. A note here though…I am sure you have watched the song on Youtube or on some music channel that still plays MUSIC…but the elements to that song include, over 50 hot women dressed in skimpy green outfits…1 Kareena Kapoor in a red sari that barely covers her body…and one Shah Rukh Khan who is 47 years old and has an open bow-tie hanging around his neck…BUT BUT BUT…when you watch the song on screen…you never even realize that there is anyone else in the song apart form SRK. He steals the show and then some. When he starts dancing we made a biiiiiig noise in the hall…when Kareena come on…nobody cared. All eyes were on Shah Rukh Khan. This is HIS time.

Its amazing that in spite of the song being ‘LEAKED’ 6 months ago, its still fresh. Yes I believe it was an awesomely executed marketing strategy. The film got people talking about it way back in March. Think about it…in march do you think about DIWALI??? No you don’t…but we all started thinking about Ra One. I remember SRK releasing one still photo from the sets of the film way back in December last year…watching that same scene in the cinema, I leaned over and told the person sitting next to me… “Hey…that’s the pic SRK released on twitter.” SRK is a marketing genius. You know so much is said about Steve Jobs and how was so awesome…I feel that we are treating our very own SRK as a ‘ghar ki murgi.’ To prove he is a genius I will only point you to the fact that one of the tie-ups in this film is with Graphic Card manufacturer – NVIDIA. Yes….NVIDIA…Can you imagine….they would perhaps be the last people to tie up with a Bollywood film…but they did…Perhaps someone should write a book about SRK’s marketing strategies.

I think I can go on and on and on about the film…but instead I am gonna go to sleep now and some how make time this weekend to go the IMAX Cinema and watch Ra One in 3D. Oh…there you go…another thing…its also in 3D…and it has a game on the Sony Playstation 3…In fact Tia’s younger brother Sumer worked on the Video Game…I am so proud of him. (Tia is my Co-host on my radio show Drive Master Gogo on City 1016)

Before I sleep…can I just say that Priyanka Chopra is a really bad actress…and Kareena Kapoor is really lucky…and OH….Arjun Rampan….man…how could I forget….the best villain EVER!!! Ok…go and watch the movie…we will have a discussion about it later.

27 Dabangg Fun Fact and Trivia Stand By Me (Dildaara)